How To Grow Flowers 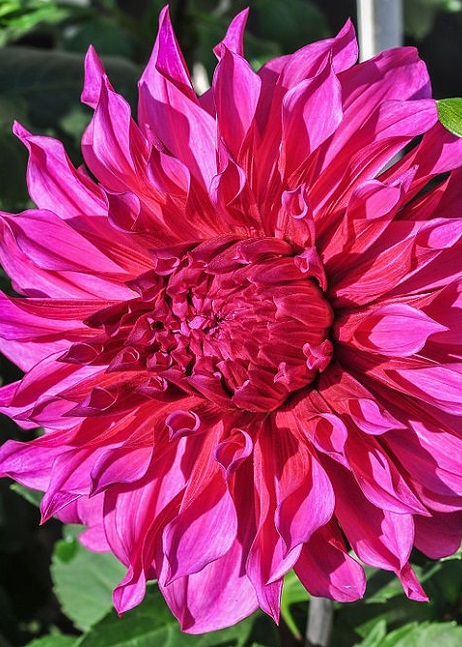 This is a very large category, one that cannot be addressed in depth here. Flowers are included with vegetables because they have more than an esthetic value in the garden.

Add flowers to your garden and enjoy their many benefits. 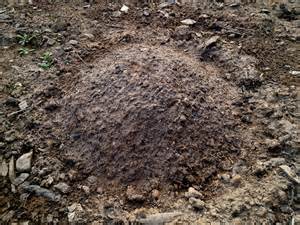 It’s almost always safe to prepare the soil for flowers with manure, compost and good tilling.

Buy seedlings at a garden center, usually starting in March and April. Violas and petunias can be transplanted before the last frost, but most flowers should not be planted in the garden until late May.

Many flower seeds can be started indoors 4-6 weeks before the expected transplant date. Flowers seeds grow exceptionally well if sown in the garden when the soil is warm. 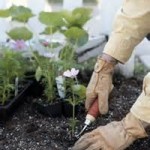 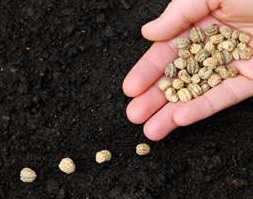 Most flowers in this list will adjust to the same growing conditions you are providing for the vegetables in your garden. Average watering is sufficient for most although there a few that are considered low water use. Weeding your veggies will also work for the flowers you add to the garden.

Take the time to read about the flowers you would like to add to your garden. You will be rewarded every day, by their beauty, and pleased with their beneficial contributions to your garden.

Some of the varieties listed here are edible and and they may be dried.

This list is only a suggestion for the types of flowers that will benefit your garden. Plant your favorites!

Many herbs also provide a positive experience when incorporated into a vegetable garden. Click to see Gardening 101 -Herbs for more information.

Pick the blossoms from your flowers and enjoy the at home in bouquets of give to friends to enjoy. As with veggies the more you pick the more they will produce. 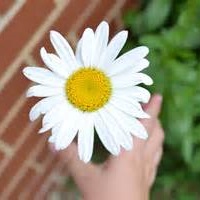 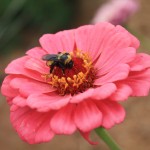 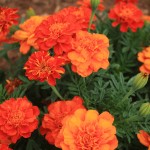 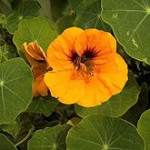 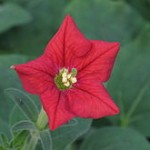 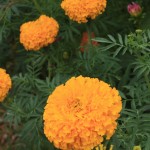 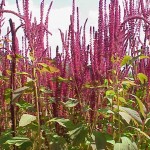 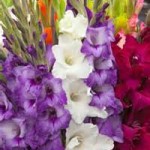 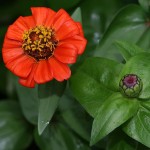 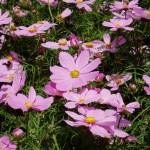 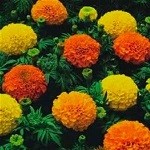 FLOWERS FOR THE GARDEN

Here are a few flowers that combine beauty with functIonality. Let’s talk about a few of the most common flowers planted in vegetable gardens and their uses:

Chrysanthemums (Asteraceae): This is the source for pyrethrum. It repels Japanese beetles and deters many other pests. Chrysanthemums are perennial.

Cosmos: Easy to grow from seed. This annual adds sparkling color and delicate texture to your veggie garden. Attracts Bees and Butterflies. Reseeds for next year.

Dahlia (Asteraceae): Repels nematodes. This is a perennial, grown from tuberous roots. Bank well with dirt or mulch in the fall to protect from freezing.

Marigold (Tagetes): Plant it everywhere in the garden. It’s scent drives off many predators. French marigolds kill nematodes and repel white flies around tomatoes, as such they are frequently planted in greenhouses. Mexican marigolds overwhelm weed roots and repel Mexican bean beetle and rabbits, but don’t plant next to beans or cabbages. Be sure to plant scented varieties. Flowers are edible.

Sunflowers (Helianthus): Plant with corn to increase yield. It’s a great way to control aphids as sunflowers act as host plants to aphids. Plant them and watch ants busily carry aphids to them, thereby distracting these pests from your food crops.

Zinnia (Asteraceae): This is a trap crop for Japanese beetles. The flowers also attract humming birds that eat white flies.

Back to Spring Vegetables
Back to Summer Vegetables